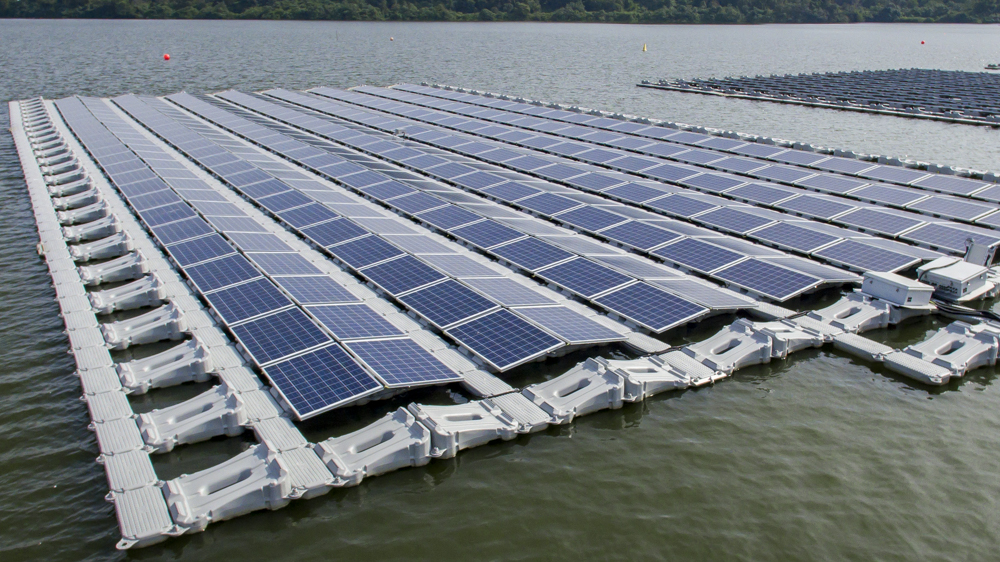 What is a Floating Solar?
A whopping Rs. 2,606 Crores was allocated to the generation of solar energy in the budget 2021-22, a 66% increase from last year. However, the limited conversion of solar energy to solar power remains due to the limited offering of land surfaces for the production of solar power. Limitations of land resources were foreseen to become a hindrance to power generation using the world’s largest source of renewable energy. A floating solar system aims to solve this problem.

Solar PV plants continue to be a very efficient source of solar energy throughout the world. Solar PV plants not only reduce carbon footprints but are also cost-saving. While solar PV plants are highly convenient, it has a limited reach. On the other hand, Floatovoltaics offers a larger reach at a global level, considering the land to water ratio on earth.

How does it work?
Floatovoltaics, also known as Floating solar, is a solar power generator that is deployed upon water bodies. They are mounted upon a firm platform.

The pontoons carry the PV modules on top of their surface. Which are kept in a static position with the help of the anchoring system which includes mooring lines to function well. The combiner lies alongside the module and combines all the transmissions received by multiple modules present on the pontoon. It is further transmitted to the central inverter, which floats on a separate pontoon, and is connected with the other arrays from the plant as well. Which is further connected to the transformer, and finally leads to the transmission of electricity.

Benefits of the system

Is it a better alternative?
Floating PV offers good water and land management, whereas solar PV plants are limited to land management. From the perspective of efficient usage of resources, FPV offers a good solution. It is also environmentally friendly if regulated properly. It also performs better in generating solar power, when compared to solar PV plants.

Floatovoltaics, in the future, will have a large contribution in expanding power generation from renewable energy.