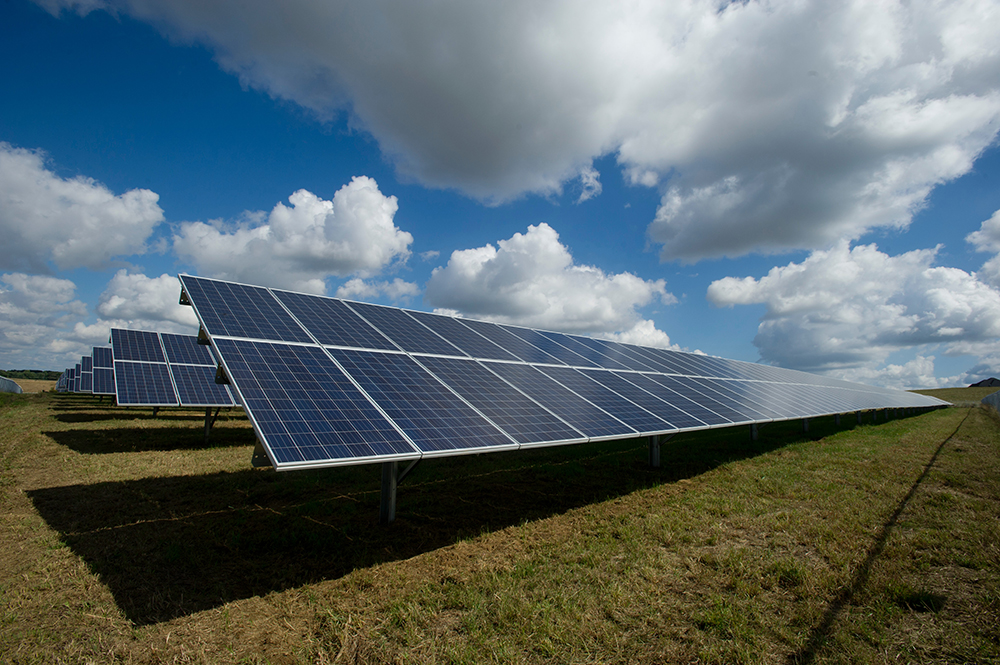 With the help of an EL test, a PV manufacturer can evaluate the structural quality of the PV cells or any other defects generated while handling.

Defects that can be found from EL are as given below:

a) Microcracks
Microcracks can create an electrical separation, resulting in inactive cell part. Determining the power loss caused by microcracks is difficult. It can have varying to no effect at all. Microcracks in silicon wafers are minute cracks that appear as a result of damage during manufacture, shipping, installation, or operation.

How to prevent microcracks
To prevent solar microcracks, three areas must be addressed namely manufacturing, transportation, and environment. A solar panel manufacturer must acknowledge this preventive area.

The supplier should have the following:

How do microcracks occur
A major cause of microcracks is manufacturing defects. However, there are some natural environmental causes as well that cause microcracks, such as:

Microcracks can occur during installation as well, due to variety of reasons, such as: 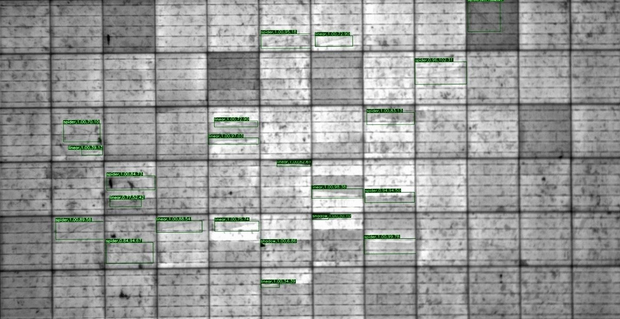 b) What are cell cracks?
Cell cracks cause isolation of region of cells. Cell cracks seem to be more severe, as current doesn’t pass through this area, and these may cause hot spots or thermal dissipations. When current passes through these hotspots, it heats the PV panel and starts damaging the panel. Hence it is necessary to identify these hotspots before they completely damage the panel. 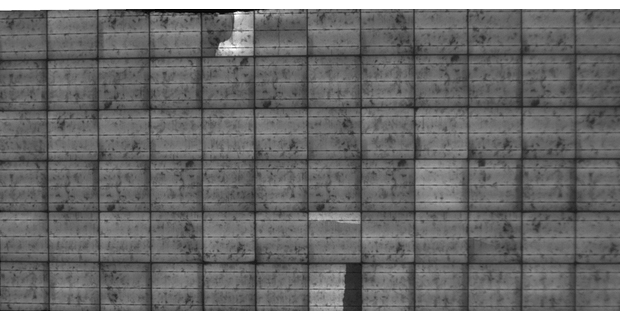 c) Soldering defects
When the temperature during the soldering process isn’t high enough, cold soldering happens. The cold soldering interferes with the connection between the cell ribbon and the cell tab, preventing electricity from flowing and resulting in a loss of power production.

Due to its importance, solar module manufacturers frequently undertake EL testing twice during the manufacturing process.

If left unchecked, cold soldering can develop into hot spots, lowering the module’s power and causing a fire risk. 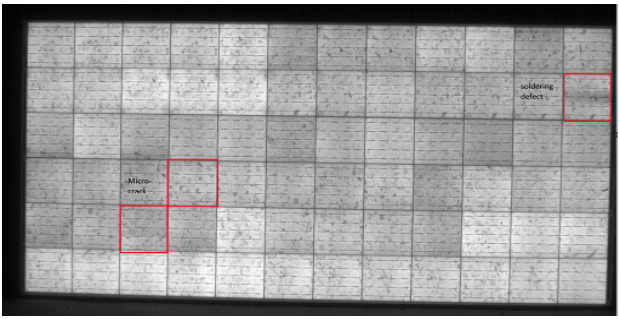 d) Bypass Diode failure
When a bypass diode fails during the functioning of a module, one of the three cell strings is normally switched off. The outcome is a one-third reduction in output. Within the yield curve of a string, with good radiation conditions, a fall in yield of this magnitude and in numerous modules is frequently found. The essential interface for conducting electricity to the outside is a junction box at the back of a solar panel. 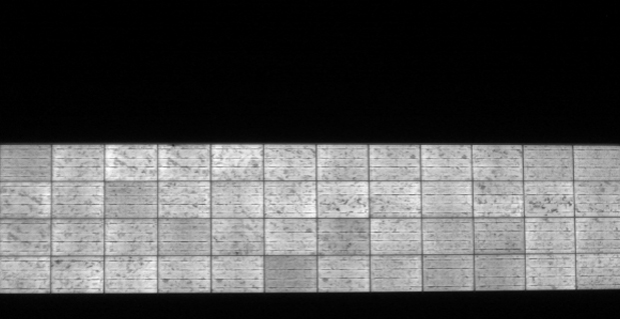 The bypass diodes inside the junction box enclosure can become short-circuited and burn out if water or dust penetrates the enclosure.

A burned bypass diode or connector might cause the panel to become an open circuit, preventing energy from being transferred forth. The bypass diode failure can be detected with help of EL. These modules should be replaced immediately to avoid junction-box burn or energy yield loss in the plant. 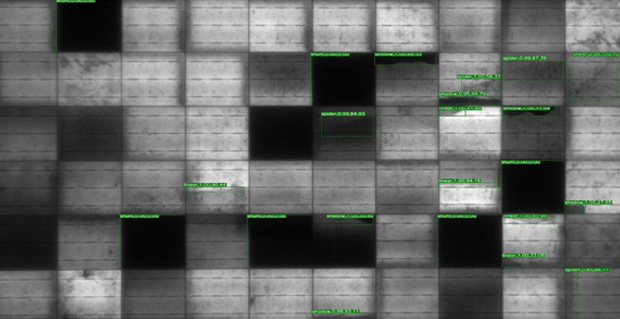 The large voltage difference between the grounded frames and solar cells may be too much for low-quality solar cells to manage, causing them to fail. These defects can be identified with help of EL imaging.

f) Dead cells
Dead cells occur when a particular cell stops conducting current. Dead cells may be caused due to mechanical stress, which may have previously caused a cell crack in that area. 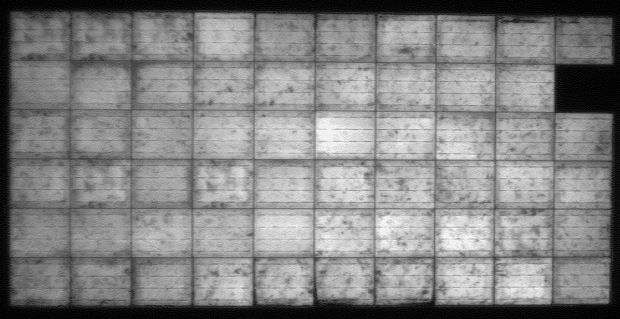 a) During production, to check the cell quality of cells and module, and replace whenever required

b) Third-party inspection by portable EL before dispatch.
This will prevent the dispatch of bad quality modules and reject batches before it reaches field.

d) After installation EL test:
Handling at the site may cause module failures during installation. If the modules are not handled properly while fixing or transporting within sites this may cause micro-cracks or module frame damages. Modules can also be dropped accidentally while movement within the site. These may cause cracks or micro-cracks or even breakage of modules. These defects can be identified from EL.

e) To claim insurance from natural calamities like hailstorms, cyclones, heavy rains, floods etc. The expense of field EL testing is covered by insurance, and it allows you to protect yourself against future losses as a result of this incidence. While you wait for the power loss or hot spots caused by microcracks in the modules to occur, either the micro cracked modules will be replaced or the money will be kept in escrow.

Most crucially, without EL test data, it would be impossible to claim micro cracked PV modules later when power loss or hot patches become apparent. The window of opportunity for asset owners who wait a few years after the incident has occurred closes: Insurance policies specify a specific timeframe for reporting damage caused by force majeure events.

f) Before buying an Asset, before signing on an O&M contract, and for lenders before disbursement

Consider the following possible scenario of a 100MW plant with 350 Wp with 285714 panels in the field.

5) Conclusion
In this paper, the types of defects in a module, the requirement of the EL test, and the impact of the EL test if not done were discussed. It was described that cracks, micro-cracks, dead cells can cause hotspots in a module which may further degrade the module and may constrain the pre-mature aging of solar plants. This paper described that what is the potential gain of performing an EL test at different stages of the module life cycle and a brief description with all perspectives was given. The impact on energy loss due to undetected EL failure was discussed.

About the Author: Ms. Preetha Pillai

By continuing to use the site, you agree to the use of cookies. more information